Self directed science – Rocks and minerals

This past week me and my class have been working on our self directed science about rocks and minerals and today I will be showing you the results!

I hope you enjoyed the photos, Feel free to read the sticky – note description boxes about each rock and find them on the canvas!

Yes, I did like this experience because I enjoy self directed lessons because I have a little more freedom to enjoy the subject freely

The process of making (typing it up) the speech was surprisingly easier than I thought. I had not much trouble because I can type at a good pace. That being said, I got it done sooner than later. I think this was one of the more easier things because I have done a lot of things like this. I found after I got started I just kept going and going and going AND GOING. When l I was finished I can tell espcially with something just as inportant as this sometimes writing (typing) is easier than hand-writting it.

The planning was very hard. It was probably the the hardest part of this because I was not aware that this was a time consuming process. In the end it turned out fine but it was difficult. I didn’t know what I was going to do at the stars but eventually I got THE ideas I needed and started on the base of the speech. After the planning on the base of a doc I moved on to writing the official thing. I’m  happy with my planning and the way I managed it was good.

The First presentation went well even though I was nervous. I was nervous BECAUSE it was my first year of public speaking BUT it turned out just fine. In the end once I got started couldn’t stop! Then finally BAM!! THAT’S IT! IT’S OVER!  I was happy when I finished and even more so, pleased with the results! I think it turned out great!

Unfortunately I did not get into the finals but that’s ok. I know what I could have done and ongoing next year I know now what I can improve(do better next time). Because I learned what I learned and got feedback about what did well and not so well…. But the point is I have the grades that I can improve to move hopefully to the finals. I  have learned many things  and I’m exited to take my knowledge to next years public speaking. I’m now ready to take on next year! In conclusion….

I know I didn’t get into the finals but I hold my head high and I am still proud of what I’ve done.  I am happy with what I wrote on the subject\topic I did  and couldn’t  do it any other way. BUT for next year I know what I will improve on and what I will keep the same. The results were exactly what I wanted to happen. I have a lot of pride in what I’ve done and I’m exited to do more next year. Finally I’m happy with the results and exited to do more.

Today me and my class did a fun little science project about  excavation* and how to do it with……………………… COOKIES!!

*excavation basically means to dig something out*

What is a geologist?

A geologist is someone who studies the history of the earth through rocks and rock formations.- Oxford dictionary.

Here is a VIDEO about what do geologists do and what they are.

Here are the pictures of the work sheet.

Hi it’s Kitty Stars!🐱😺 I am going to tell you about my Innovation day project.The project we were asked to is make a medieval castle with a drawbridge.*

*see what a drawbridge is after the paragraph about castles

This is my hypothesis of my castle build.

In case you were wondering, here is a quick video of my plan for the gear system which was the original plan and the only plan I used. Except I didn’t use the string on the bottom because I didn’t need it.

My procedure of building starts off by planning the structure out of the materials I have  available such as cardboard, clay, wood toothpicks pipe cleaners, string and wire. After I found the material selection I got to work building. When I started to build I started on the main structure, after the main base of the castle I started working on attaching my drawbridge to the base.

This is my medieval work from the study booklet.

Now I’m going to tell you a bit more about the middle ages.

Welcome to the middle ages

If you know about castles , royals and robin hood you already know a little bit about the middle ages.

Castles are a very important part of medieval times. Many important people such as: Kings, Queens , Princesses , Princes , Noblemen and Guards lived in them. The Castles were firmly built out of wood and stone, to protect food , drink and weapons. Castle walls sometimes closed in lots of little buildings to form a little town within the very walls!  Today Castles aren’t meant for comfort, they are made to protect.

Drawbridges are crossways that used to be in old fashioned castles. Drawbridges in castles would be used to cross a body of water around the castle called a moat. A moat is a necessity for a securely safe castle around enemies because it keeps the people inside safe. ( Because I don’t think soldiers want to swim in a moat! )  So having a Drawbridge is important because you can lower it to protect the people inside. Also drawbridges use pulleys , click on pulleys to find out a little more about them.

Lords were more privileged than Serfs , the boys were educated,  the girls sometimes got to learn how to read. ( the reason that only the boys were educated is: back then people believed girls were only meant to be wife’s and mother’s which isn’t fair. ) the Lords had big and beautiful bold houses and nice clothes and even servants! and Lords had the most power.

Serfs were less privileged than the lords, they had the least amount of power and they took care of the animals and grew the food and were called farmers. Some of the Serfs had more power than the other people of the Serf population and they were called Freemen.

Now don’t you get caught up with nights! Because these Knights are much tougher!

Knights are a lot like guards but instead of protecting the entrances and castle grounds, knights usually fought and sometimes protected the ground with the soldiers.

Here is the video of my castle, how it turned out and how the drawbridge works.

Here is a picture of me building my castle.

In the end, I was pretty impressed with the way everything turned out. The Drawbridge turned out to work just fine and the Castle itself , was beautiful and the decor turned out almost perfect. I loved the way it turned out.

What did I think?

🏰Thank you for viewing!!

Hi it’s Kitty Stars😺🐱! Here is my paragraph to response about if I want to be pirate and why.

I would love to be a pirate because it’s like everyday is a holiday! If I was a pirate I think it would be super awesome-ly fun! Singing songs, playing instruments, swimming and following treasure sounds really cool to me; Plus being a pirate means you get to explore and have an adventure almost everyday! And even get rewarded! And being a pirate would mean you would be able to find all kinds of beautiful and rare jewels,jems, stones and things like copper and zink and things to make your own furniture. When you become a pirate you would also live on and in boat! How cool is that? I think it’s Soooooo-SUPER cool! (Accept angry sea’s ughhh stomach ach’s galore!) I think that being a pirate also gives advantages, like for example, you live on a boat right? So that means you can LITERALLY GO ANYWHERE ON THE INTIRE GLOBE! Plus you can dock your boat\(home) ANYWHERE it fits, and currently in the world there is a huge amount of bodies of water to choose from! You can go anywhere!

So yes, if someone asked if me ( and my family OF COURSE) to be a pirate yes, I would say yes.

I read about lots of rocks from different families such as: Igneous (IG-nee-OUS), sedimentary (Sede-men-TARY) and metamorphic (META-more-Fick).

Igneous rocks are rocks that all started out out as a hot liquid called magma, When magma cools it hardens into a rock we call an Igneous rock. -Nelson literacy 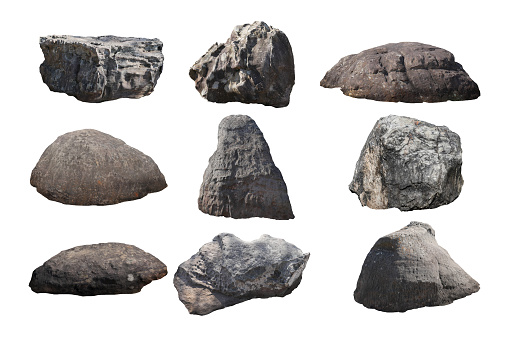 Here is a photo of some Igneous rocks:

Sedimentary rocks started out as little bits and pieces of other rocks, shells and tiny skeletons, these items got washed down to the bottom of lakes and oceans, These layers built up and created Sedimentary rocks. -Nelson literacy 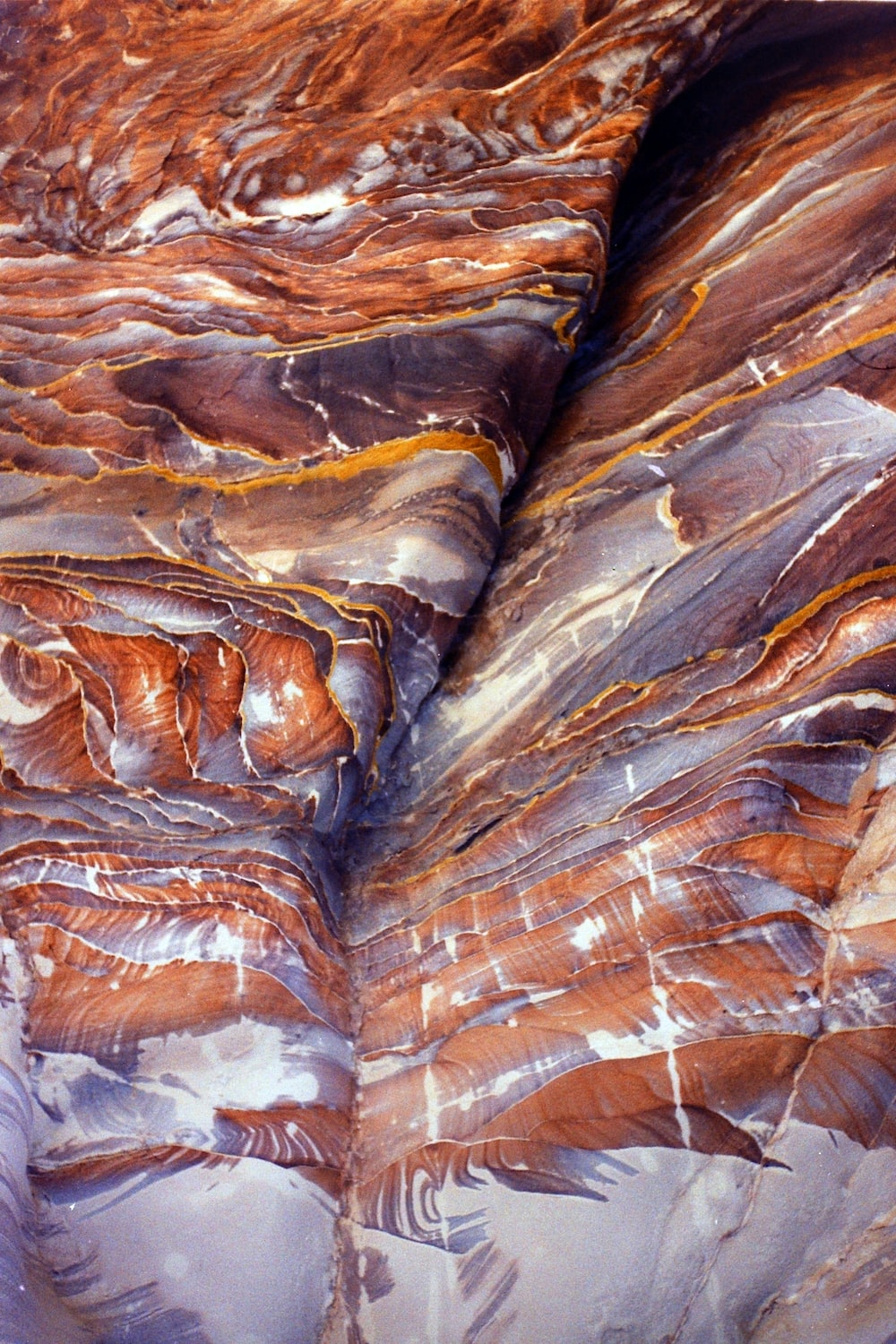 Here is a look at what Sedimentary rocks look like:

Metamorphic rocks also come from rocks that already exist but not from bit and pieces, all of the rocks from the Metamorphic rock family started out as the previous families, Igneous or sedimentary and built up and made sedimentary rocks. – Nelson literacy

Me and my class are exploring pulleys!

What is a pulley you ask? Well a pulley is a system that pulls an item with down force, up. Pulleys help lift heavy things up with up force. Pulleys use down force because it’s easier to lift something with down force then, with up.

Also there are two types of pulleys, a fixed and a movable pulley, The one in the video is a fixed pulley!

me and my class did two experiments on sound.

Here is the first one:

Here is the second one:

Today I’m going to tell you about science today!! Me and my class explored how light travels and how it is reflected

The experiment was: HOW DOES LIGHT TRAVEL??

Hypothesis: ”The light will travel thick and far”-Kitty Stars.

🎇2. On three pieces of Cardstock draw two horizontal lines and on the fourth draw a bull’s eye.(No hole)

🎇3.On the other three cardstock cards put a hole in the middle ( try to use a pencil)(if not it’s okay!!